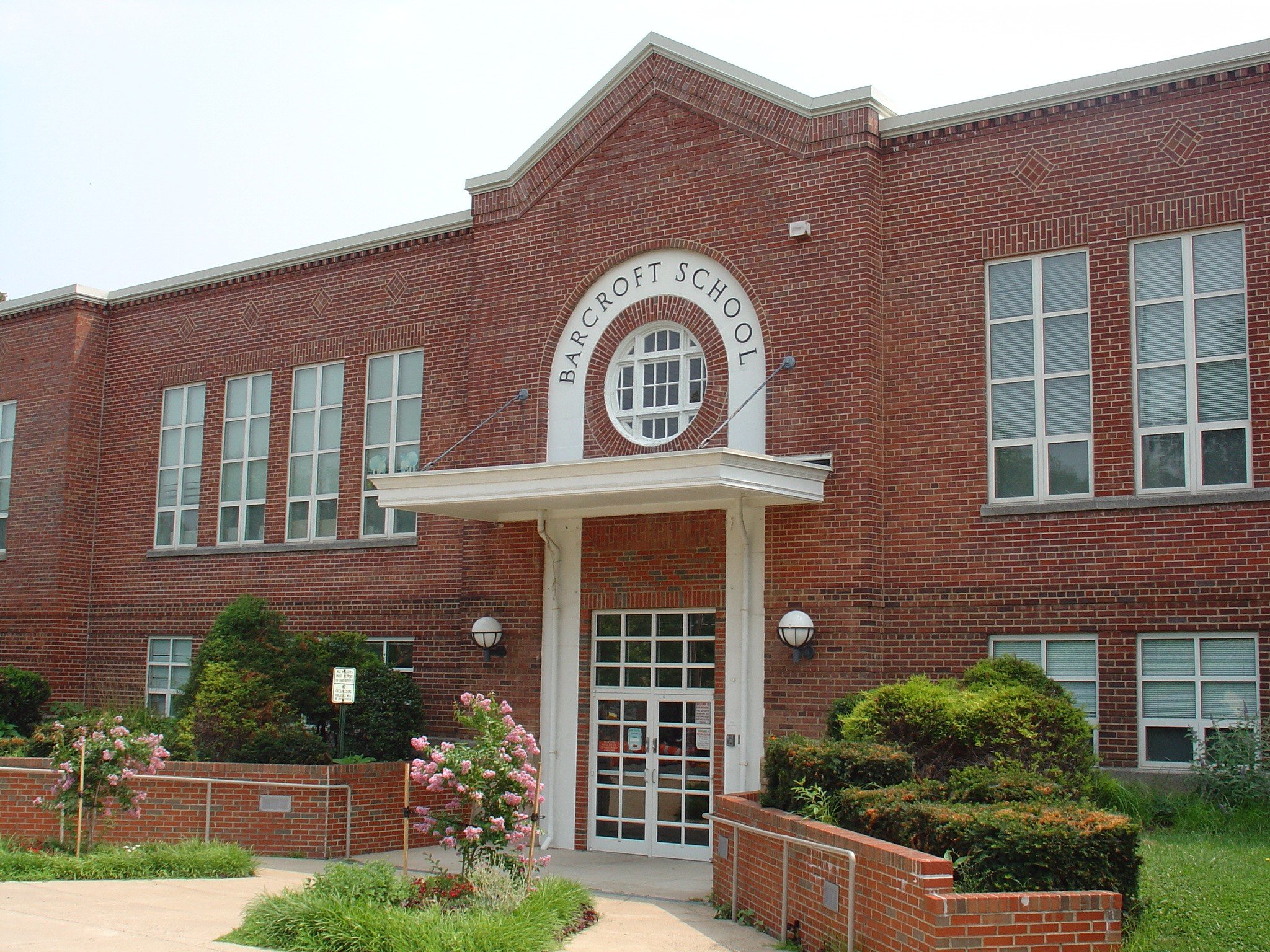 Barcroft Elementary is a neighborhood school located next to the vibrant Columbia Pike corridor. Barcroft boasts of a culturally and linguistically diverse community, currently representing 24 countries from around the world. The school motto is “Work Hard. Get Smart. Have Fun. Be Kind.” It is through a Responsive Classroom approach that the faculty and staff ensure that each child is a significant member of the school community and that the child’s academic and socio-emotional needs are met. Additional resources allow small group instruction to be the core of student learning that is personalized and differentiated. Some of our school traditions include monthly Barcroft Reads, International Night, Academic Parent Teacher Team Nights, STEAM, and Literacy Nights. We count on a strong and active PTA and the support from the Communities in School network and take pride in being one Barcroft family, ready to help one another. Barcroft follows the traditional APS school calendar.

Barcroft Elementary school is a diverse community dedicated to developing lifelong learners who are prepared to be responsible and productive global citizens.

Barcroft Elementary embraces the whole child and continuous learning. We empower our students to set high expectations, care for their community, and be independent problem solvers. Through active participation and collaboration, we strive for academic excellence. We value our community and families and work with them to create an open-minded and inclusive environment for all.

Originally opened in 1925, Barcroft Elementary School has had longer, continuous service to the community as an elementary facility than any other public school in Arlington. The school has a proud heritage of graduates who return with families to share in its ties to another era in Arlington’s past. It has served students through the ravages of the Depression, World War II, the Baby Boom, Desegregation, the unrest of the Sixties, the redefinition of power and patriotism of the Seventies, and the redistricting of the Eighties. The community and the school are named for Dr. John Woolverton Barcroft.  Dr. Barcroft came to Virginia in 1848 and first settled on Columbia Pike beyond our county line at Holmes Run. This area is presently the Lake Barcroft community in Fairfax County. Federal Troops returning from the Second Battle of Bull Run (Manassas) damaged Dr. Barcroft’s mill and home so badly that Dr. Barcroft returned to New Jersey until after the war between the states. Dr. Barcroft returned to Virginia in 1880 and rebuilt the flour mill and a number of other homes which became a small community. He was not only a physician, but he also invented a ditching and dredging machine, the principles of which are incorporated in some of our present day equipment. The community, with 10 young children ready for school, but too small to walk through Arlington Forest to Glencarlyn School, decided to start its own school. This was established in the home of Mrs. Edith Fairfax, their teacher, in 1906. The first year enrollment swelled, and in 1908 the community erected a building at 800 South Buchanan Street to serve as church, community center, and school. The Barcroft School and Civic League, as it was called, held many fundraisers, and the School Board rented space there until a separate four-room school building was completed. The new building, named for Dr. Barcroft, opened in 1925 with an enrollment of 65 children. Dr. Barcroft’s picture was installed in 1927. In 1945, as the community grew, nine more rooms were added. A library and a new wing with six classrooms, cafeteria, and a multipurpose room were added later in 1945, as were 5 acres of playground. Yet another change came in 1975 with a gymnasium and open space and access. Reflecting the changing needs of the times, 1985 brought closed instructional spaces for the needs of an ever-changing student profile. The spurt in population growth in the fall of 1987 brought the addition of two portable classrooms.